The Chechen Republic today is a region of unique opportunities and prospects, with a stable social and political position and a dynamically developing economy.

In recent years, the volume of investment in the economy of the republic has grown and in 2017 amounted to 65.4 billion rubles. large-scale projects have been implemented in the field of construction, industry and the agro-industrial complex, which is evidence of the growing interest of potential investors in our country. The Chechen Republic has a huge economic potential and competitive advantages for further development. Work has begun on the restructuring of the economy, which involves the privatization and privatization of state property, and there are ample opportunities for profitable investment in the growing economy of the region. The country has all the conditions for business development.

A list of investment projects and proposals on the most promising areas, which will be provided state support. There is a legislative and regulatory framework that guarantees maximum protection of investors' rights and real state support.

I invite you to mutually beneficial cooperation. Welcome to the Chechen Republic! 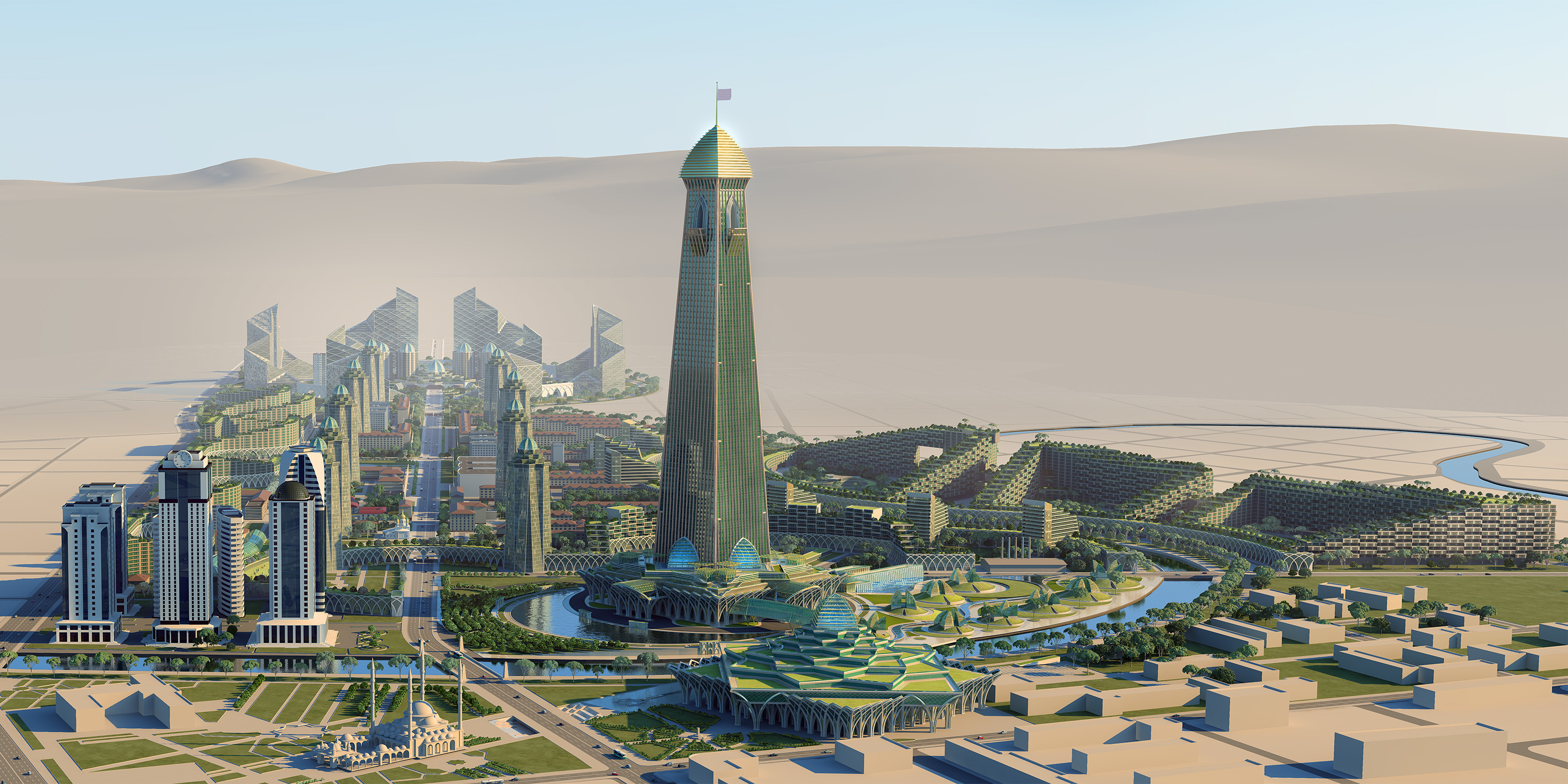 The Chechen Republic is located in the northeastern part of the Caucasus, occupies the northern slopes of the greater Caucasus, as well as the adjacent steppes and plains. The area of 16.1 thousand square meters. km The population is 1 million 444 336 thousand people (as of 01.06.2018)

In the west, the Chechen Republic borders with Ingushetia, North Ossetia, in the north with Stavropol Territory, in the east with Dagestan, in the south with Georgia. The capital of the Chechen Republic is the city of Grozny with a population of about 300 thousand people. Distance from Grozny to Moscow 2007 km

The Chechen Republic is traditionally a multinational republic. Indigenous people are Chechens. For several centuries, along with the Chechens, Russians, Ingushs, Kumyks, Armenians, Nogays, representatives of many other nations have been living on the territory of the republic. According to the 2002 All-Russian Census, representatives of about 96 nationalities live in the Chechen Republic.

The Chechens are a polyethnic people, with representatives of many peoples of the Caucasus and Europe mixed with it. The references to the first state formations in Chechnya date back to the end of the early Middle Ages (9th-12th centuries).

In the XVI-XVIII centuries. Historical documents indicate the existence of large feudal principalities in Chechnya - these are the Okotsk and Chechen possessions. At the end of the 18th century, in 1785-1791, Sheikh Mansur attempted to create a single highland state with the center in Chechnya.

In the early 40s. XIX century. the unified state of the peoples of Chechnya and Dagestan - the Imamat of Shamil, which existed until the final conquest of the Caucasus by Russia in 1859, is taking shape.

After the end of the civil war in the North Caucasus, on January 20, 1921, the Gorsky Autonomous Soviet Socialist Republic was formed.

On February 23, 1944, the Chechen-Ingush Autonomous Soviet Socialist Republic was liquidated with the forced deportation of Chechen and Ingush peoples to regions of Kazakhstan and Central Asia. 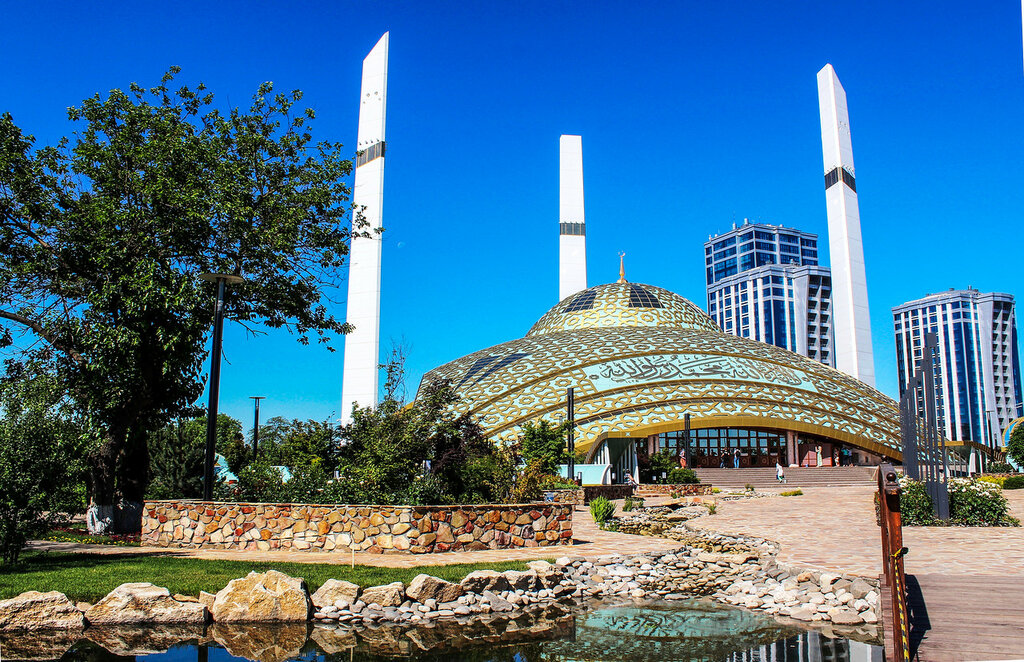 The Chechen Republic has a favorable geographical position.

The important territory of the Transcaucasian railway and the federal automobile R-217 Kavkaz, which connect areas of the North Caucasus with the whole of the Caucasus, Central Russia and the CIS countries, run through it. The length of roads with hard surface is about 3.0 thousand km. Restored the largest airport in the North Caucasus - Grozny Northern. Since March 2007, the air communication with the regions of Russia and a number of foreign countries has been resumed. In November 2009, Grozny Airport received the status of an international airport.

Having a small area, the republic is characterized by a variety of natural conditions. Fertile plains are gradually moving into the landscapes of the northern part, resembling the sultry deserts of Central Asia. The republic is rich in valuable forest species, subalpine and alpine meadows.

There are significant reserves of hydrocarbons (oil and gas), mineral building materials and other minerals.

As a result of the well-known events of 1994-2000, the economy, culture, social infrastructure, cities and many settlements of the republic were subjected to complete or partial destruction. At present, construction and restoration work has been almost completed in the republic, which was carried out within the framework of the federal target programs “Restoration of the economy and social sphere of the Chechen Republic (2002 and subsequent years)” and “Social and economic development of the Chechen Republic for 2008-2012” as well as unprecedented measures taken by the republic’s leadership to restore the destroyed objects in order to eliminate the traces of hostilities as soon as possible.

Along with the restoration of the destroyed buildings, active work was carried out on the construction of new objects that became the sights of the new republic. This is definitely the central mosque to them. A-H.A. Kadyrov, built in 2008, popularly called the “Heart of Chechnya”, which became a symbol of the revival of the republic, the complex of high-rise buildings “Grozny-City”, including modern business and business centers harmoniously fit into the architectural appearance of the central part of the city of Grozny, one of The most modern sports stadiums in Russia - Akhmat-Arena for 30,000 fans, as well as dozens of parks and squares, decorated with small architectural forms, turned the city of Grozny into one of the most beautiful cities in the North Caucasus.

In May 2014, the opening of the mosque. Aymani Kadyrova in Argun. Unlike the famous “Heart of Chechnya” mosque in Grozny, which is considered to be the largest in Russia, the Argunskaya is also impressive in architecture: it is made in high-tech style, has an original architectural solution and accommodates about 15,000 believers.

Arrive in the hospitable Chechen Republic

Accommodation in the Chechen Republic